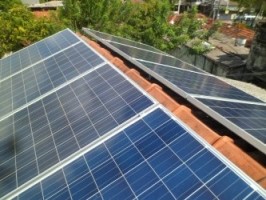 The Enterprise / Workshop ‘ELECTAIRE’ was well known for specializing in Refrigeration, Air Conditioning and repair of all electrical household appliances Since its inception around the year 1995 and had a rare opportunity of possessing a team of energetic and efficient man-power to make it a success. The brain behind the success continued to expand the business, started experimenting and collecting materials to produce solar power.True to his natural skill, he built a hot water heating plant using a common metal pipe heat collecting panel which gave good results.

Request a call back

Posted/edited: 62 days ago
Report this ad