Tea Land with house for sale

Tea Land For Sale In Matugama

Tea Estate for Sale in Gampola

Located in the ever popular Heenatigala area with its large number of ?ex pat? villas this is a beautiful two ... more »

Located 6km from Nawalapitiya in tea country south of Kandy, this is a thirty two acre plot. Part is laid to t... more »

Very rare opportunity to find such an attractive sixty acre estate so close to Galle. The property offers rive... more »

Tea Estate For Sale in Batangala in Dehiowita

Situated in the Nawalapitiya area, this is a breathtakingly beautiful piece of land with far reaching views a... more »

Located in the heart of hill country in between Kandy and Nuwara Eliya, this 32 acre property comprises 18 acr... more »

Tea Estate for Sale in Kalawana

Own your little piece of paradise in Watawala, Nuwara Eliya ... 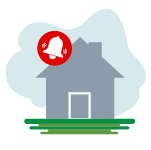 ?Our Reference No. SL 9915 (Please quote this reference number when inquiring.) ? Access from ... more »

Don't miss out! Get notified with new Tea lands for sale
Receive latest offer in your email
success

Tea in Sri Lanka has been grown since the colonization that the country went through with the British. With it being a widely consumed beverage in England, the British who invaded in 1815 after the Dutch began cultivating the plant in the cooler regions in Sri Lanka too. This was mainly in the central parts of the country, including areas like Kandy, Nuwara Eliya, etc. The plantation of coffee also took place with their initiative, however the success of it wasn't as high as tea. The tea produced in Sri Lanka was sent back to England and later exported to the global market after independence. Because of its high quality, the reputation for Sri Lankan tea or Ceylon tea in the global market was well received. As a result, it became one of the primary income sources for Sri Lanka and is exported even today.

With the colonization, the consumption of tea in Sri Lanka has become a part of our culture as well. There is not a single Sri Lankan who doesn't consume at least 3 cups of tea in a day. In fact, this popularity for the product has led to production of it widening in many areas and led to different versions of it being created as well. Rather than the simple black tea, now green tea, cinnamon tea, earl grey, jasmine tea and so many other varieties are being produced in large scale. Sri Lankans also love combining their black tea with ginger to create ginger tea and milk to create milk tea. This has also encouraged many firms to join tea production and look for the best tea lands to cultivate the plant and innovate with different versions.

Planting tea requires the ultimate best temperature conditions that range between 12.5 to 13 degree celsius. Because of this, there is a high demand for tea lands for sale in the central areas of Sri Lanka. When turning tea leaves into tea, only the fresh leaves are plucked. They are then left to be dried and passed through several machines to create the final product. The machines for this production are quite huge and are available in a few selected factories. The Nuwara Eliya tea factories are branded under different companies who are also known as some of the best tea factories in Sri Lanka. Because Ceylon tea is produced in mass quantities, the tea price in Sri Lanka is quite affordable when compared to coffee. In terms of quality as well, tea companies in Sri Lanka take special care to present only the best to the market. So if you ever visit a Sri Lankan home, tea is definitely a beverage that will be served!